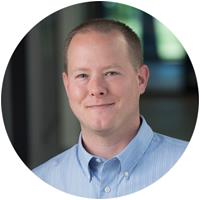 Several folks from the 3Rivers team are closely following recent news about potential card data breaches involving Home Depot and Goodwill Industry stores. Because this could involve a large number of cards and impact many 3Rivers members, we wanted to share some facts and offer suggestions for ways to be proactive in securing your money matters with as little inconvenience as possible. As always, we’ll keep monitoring details as they develop and communicate them to you.

What Has Been Reported?

What Does This Mean? How are we Impacted?

This potential breach is shaping up – if confirmed – to be more far more widespread and costly than the Target breach that occurred earlier this year. That’s terrible news. But – in good news – consumers have zero fraud liability on their credit cards. If your card is compromised in a data breach and fraud occurs, those fraudulent charges will be reversed when reported. Keep in mind, though, that more than your card number may be at risk. It may also involve the theft of personally identifying information that can be used for other forms of identity theft.

However, while members are not held liable for fraudulent activity on their accounts, the same is virtually true for the retailers where the breach happened. The funds are most-often returned to your account by the financial institution where you have your account. As a 3Rivers member, that means 3Rivers puts the money back into your account – and therefore absorbs the costs associated with it.

As a member-owned cooperative, this is your business and that’s your money! While we are a not-for-profit entity, we do have to earn revenue to operate and provide competitive services to you. So, you may not feel the immediate hit to your accounts, but 3Rivers has to take action to recover those losses, which could be in the form of lower dividend rates, higher loan rates, less investment in technology, changes in fee structures and a host of other strategies.

How Can I be Proactive in Protecting Myself?